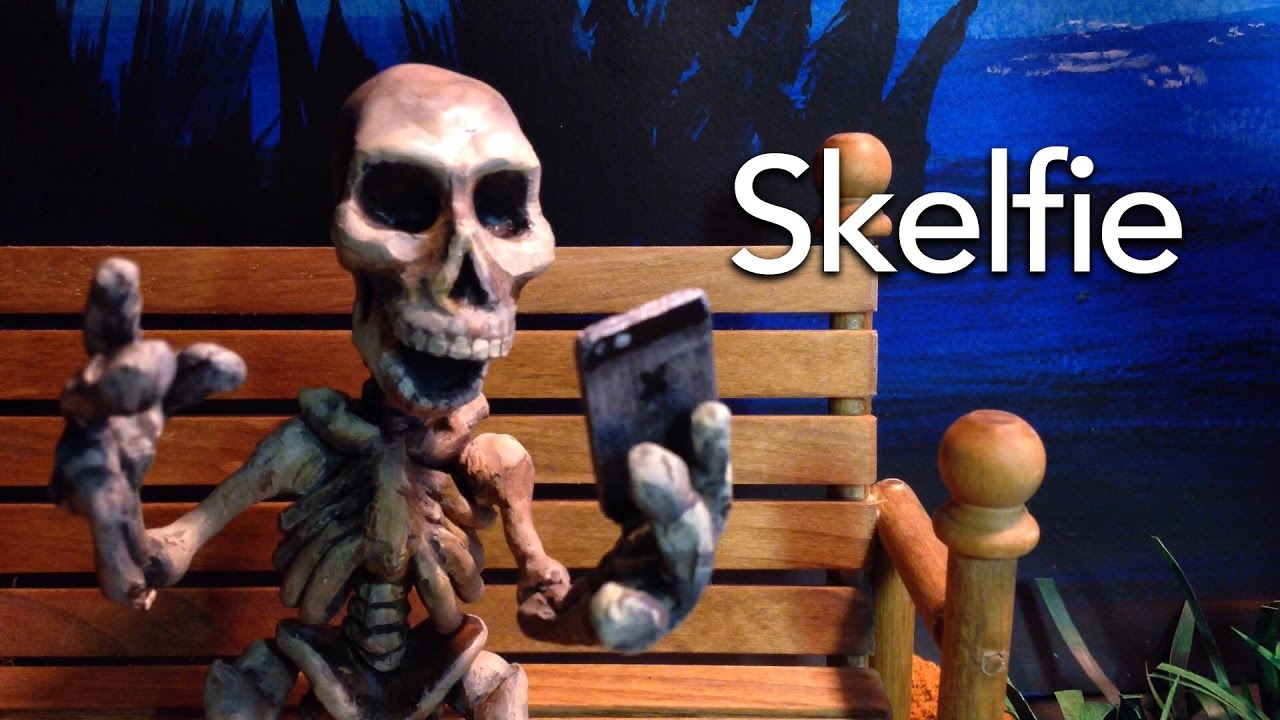 „Hold on, lemme take a skelfie.“ A skeleton waiting to scare people in the park decides to upload a new skelfie to favorite social media.

Lori Escobar’s animated short is part of a bigger project in planning featuring this skeleton on this setting of a park at night. Lori built the characters in rubber clay and constructed an elaborate set. iStopmotion is used to film the scenes with an iPhone 5 as the camera, a setup which Lori finds “really easy”. Adobe Premiere is used for post production and the effects are created in After Effects. Lori also wrote the music in Garage Band.